Two people were killed in Myanmar`s second city Mandalay on Saturday when police and soldiers fired to disperse protests against a February 1 military coup. It was reportedly the bloodiest day in more than two weeks of demonstrations.

Protesters took to the streets in cities and towns across Myanmar with members of ethnic minorities, poets, rappers and transport workers among those demanding an end to military rule and the release from detention of elected leader Aung San Suu Kyi and others.

Tensions escalated quickly in Mandalay where police and soldiers confronted striking shipyard workers and other protesters.

Some of the demonstrators fired catapults at police as they played cat and mouse through riverside streets. Police responded with tear gas and gunfire, and witnesses said they found the cartridges of both live rounds and rubber bullets on the ground.

“Twenty people were injured and two are dead,” said Ko Aung, a leader of the Parahita Darhi volunteer emergency service.

One man died from a head wound, media workers including Lin Khaing, an assistant editor with the Voice of Myanmar media outlet in the city, and a volunteer doctor said.

Ko Aung and the doctor said a second man was shot in the chest and died later of his wound. He was identified by relatives as Thet Naing Win, a 36-year-old carpenter.

“They took away the body to the morgue. I cannot bring him back home. Although my husband died, I still have my son,” his wife, Thidar Hnin, told Reuters by phone. “I haven`t been involved in this movement yet but now I am going to…I am not scared now.”

Several other injured protesters were carried away on stretchers by volunteer medics, their clothes soaked in blood.
Police were not available for comment.

A young woman protester, Mya Thwate Thwate Khaing, died on Friday after being shot in the head last week as police dispersed a crowd in the capital, Naypyitaw, the first death among anti-coup demonstrators.

The army says one policeman has died of injuries sustained in a protest.

The U.S. Embassy in Myanmar said it was “deeply troubled” by Saturday`s fatal shootings in Mandalay and the death of Mya Thwate Thwate Khaing.

“No one should be harmed for exercising the right to dissent,” the embassy said in a statement on its Facebook page.

State television MRTV`s evening news broadcast made no mention of the protests or casualties.

In the main city Yangon, residents again banged pots and pans in a nightly ritual in defiance of the coup. Outside the U.S. Embassy in the city, dozens of protesters, mostly women, gathered at twilight for a candlelit vigil, singing anti-coup songs.

More than a fortnight of demonstrations and a civil disobedience campaign of strikes and disruptions show no sign of dying down. Opponents of the coup are sceptical of the army`s promise to hold a new election and hand power to the winner.

The demonstrators are demanding the restoration of the elected government and the release of Suu Kyi and others. They have also called for the scrapping of a 2008 constitution that has assured the army a major role in politics since nearly 50 years of direct military rule ended in 2011.

The army seized back to power after alleging fraud in Nov. 8 elections that Suu Kyi`s National League for Democracy swept, detaining her and others.
The electoral commission had dismissed the fraud complaints.

Nevertheless, the army says its action is within the constitution and is supported by a majority of the people. The military has blamed protesters for instigating violence.

Crowds also gathered on Saturday in the northern town of Myitkyina, the ancient capital of Bagan and in Pathein in the Irrawaddy river delta, pictures on social media showed.

The United States, Britain, Canada and New Zealand have announced limited sanctions, with a focus on military leaders. Several foreign governments have urged Myanmar`s military not to use force against protesters.

Junta leader Min Aung Hlaing was already under sanctions from Western countries following the crackdown on the Rohingya. There is a little history of Myanmar`s generals, with closer ties to China and to Russia, giving in to Western pressure.

Suu Kyi faces a charge of violating a Natural Disaster Management Law as well as illegally importing six walkie-talkie radios. Her next court appearance is on March 1.

Myanmar`s Assistance Association for Political Prisoners said 546 people had been detained, with 46 released, as of Friday.

Pakistan will continue to remain on FATF Grey List 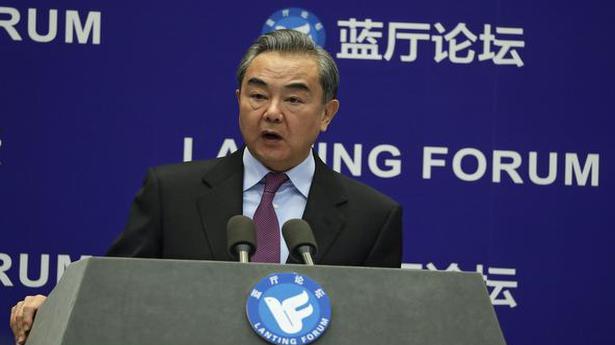