At Google, the changes came after turmoil stemming from Gebru’s departure.

Google will start grading executives based on workforce diversity goals and increase human resources staffing, acknowledging fault in its acrimonious split with Timnit Gebru, a prominent former employee and one of the few Black women in the field of artificial intelligence.

Sundar Pichai, the chief executive officer of parent company Alphabet Inc., described the changes in an email to employees, said a person familiar with the situation, who asked not to be identified discussing non-public information. The email included comments by Jeff Dean, the executive who leads the company’s artificial intelligence and research efforts, saying he was sorry for how he handled Gebru’s exit, according to a copy of the message reviewed by Bloomberg.

“I understand we could have and should have handled the situation with more sensitivity,” Dean wrote. “And for that, I am sorry,” Dean said Google’s behavior toward Gebru hurt some female and Black employees and led them to question whether they belonged at the company. He did not apologize directly to Gebru in the email to staff.

Executives’ performance evaluations will now be partly tied to diversity, equity and inclusion goals, and Google will double the amount of human resources staff working on employee retention, according to the memo.

A spokesman for Google declined to comment. The changes were reported earlier Friday by news website Axios.

Several large companies have made diversity a factor in executive performance and compensation. They include McDonald’s Corp. and Microsoft Corp.

At Google, the changes came after turmoil stemming from Gebru’s departure. She said she was fired in December after refusing to retract a research paper critical of a key Google technology or remove the Google authors from it. Google has said that Gebru, the former co-head of ethical AI, resigned. Still, former colleagues expressed outrage over the company’s handling of the matter.

On Thursday, the company appointed Marian Croak as vice president of engineering, elevating an experienced Black woman to lead a new, centralized organization to develop AI responsibly. The further changes outlined Friday marked the conclusion of an internal investigation into the handling of Gebru’s departure.

Dean also detailed a plan to clarify the process for approving research papers by Google authors for outside publication. The current process has too many intersecting parts, particularly for “sensitive” research, he said, and what’s considered sensitive isn’t always clear.

“We’re building a more unified, start-to-finish process with clearer guidance along the way on what steps are needed, who is accountable at each step and Google’s research goals and priorities,” Dean wrote.

Dean did not address the questions raised by the Gebru example as to whether Google’s AI ethics team will be allowed to critically examine the very technologies the search and advertising giant uses in its commercial products.

Pfizer to roll out 10 million COVID vaccines per week; Biden assures shots for all

Extreme cold killed Texans in their bedrooms, vehicles and backyards - Times of India

Biden in first discussion with Xi as US President discusses human rights in Xinjiang, trade, other issues 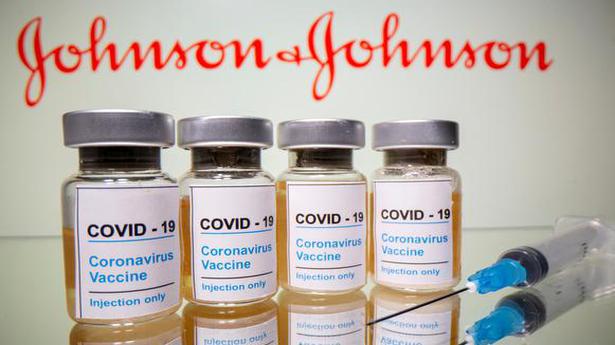