Under the EU’s tougher copyright rules, online platforms will have to sign licensing agreements with musicians, performers, authors, news publishers and journalists to use their work.

European Union countries are not facing the same situation as Australia, where Facebook blocked all media content from its platform, because of new copyright rules that protect publishers in Europe, the bloc’s executive said on Thursday.

A European Commission spokesman declined to comment directly on the move by media giant Facebook that escalated a dispute with the Australian government over paying for content.

“In the EU, the situation is different,” the spokesman said in a written response to questions.

“The copyright reform – that needs to be transposed into national law by 7 June 2021 – already starts to bring concrete results for the European media sector, as proved by the recent announcement of the agreement found between Google and publishers in France.”

The dispute between Australia and Facebook centres on a planned Australian law, which would require Facebook and Alphabet Inc’s Google to reach commercial deals to pay news outlets whose links drive traffic to their platforms, or agree a price through arbitration.

Although Australia is a small market, the law is being closely watched around the world by regulators, and could be a test case for a bigger global push to force internet giants to share more of their revenue with content providers.

Under the EU’s tougher copyright rules, online platforms will have to sign licensing agreements with musicians, performers, authors, news publishers and journalists to use their work.

The European Commission’s position is that “press and quality journalism are not for free” so the Copyright Directive creates the condition for fair bargaining between press editors and online platforms.

Long, tense with cat photo for relief; how the GameStop hearing unfolded

Biden Tours Pfizer Plant, Says “On Track To Have Enough Vaccine For Americans By July End” 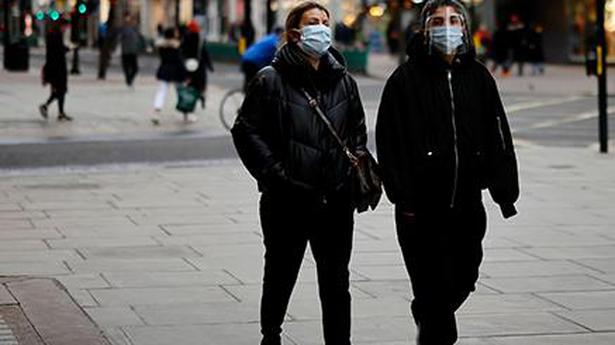 Coronavirus | Mask wearing against COVID-19 next winter may be necessary, says U.K. official